Chyna smith is a regular user on MovieStarPlanet (NZ). He is level 65 (Extreme Hero Movie Star), and was in the top spot of the NZ server's highscores boards until being passed by the user itzHawtz1011.

Chyna is well known for his movies and artbooks. He has the top 6 movies on the entire server, as well as the 1st, 7th, and 8th artbooks. He's leveled up through his movies, which get hundreds to thousand of views each; artbooks, which get hundreds of loves each; and awards. He creates many different types of movies, mainly movie series and short movies. His movie series are most often successful, his most notable ones being "Revenge", "Tears", "Haunted", and "Perfume". His artbooks always reach the top page within a day and are mostly about his new movie series, his best friends, or showing kindness and not hate.

Chyna has blue "Pretty Perfect" eyes, coral-pink "Perfect Pout" lips, and a tan skin tone. He changes his outfit nearly everyday and shows a different style in every outfit he makes. His outfits get between 50-100 loves. 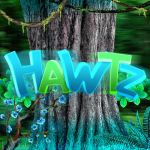 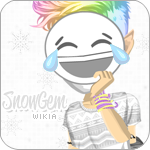